In 2017, Meli Devos, a teacher at Chapon kindergarten Paris ( Class 5 4 to 6 years old), asked me to introduce to children a Japanese song. I chose a song that included onomatopoeia. This song became a hit in the school, and many children sang it till the end of the year. I proposed to Meli that her class visit my exhibition. The children were very open and curious, and we spoke about the detail of the works and what they saw and expressed their opinion.
At the end of the exhibition, they performed the song I introduced to them. It felt as if they were singing for the Japanese- American people in my work, and it was touching. Thanks to Meli, I now use singing in my workshop, especially with younger children.
The best way of emptying the mind and body, and it usually makes them happy. 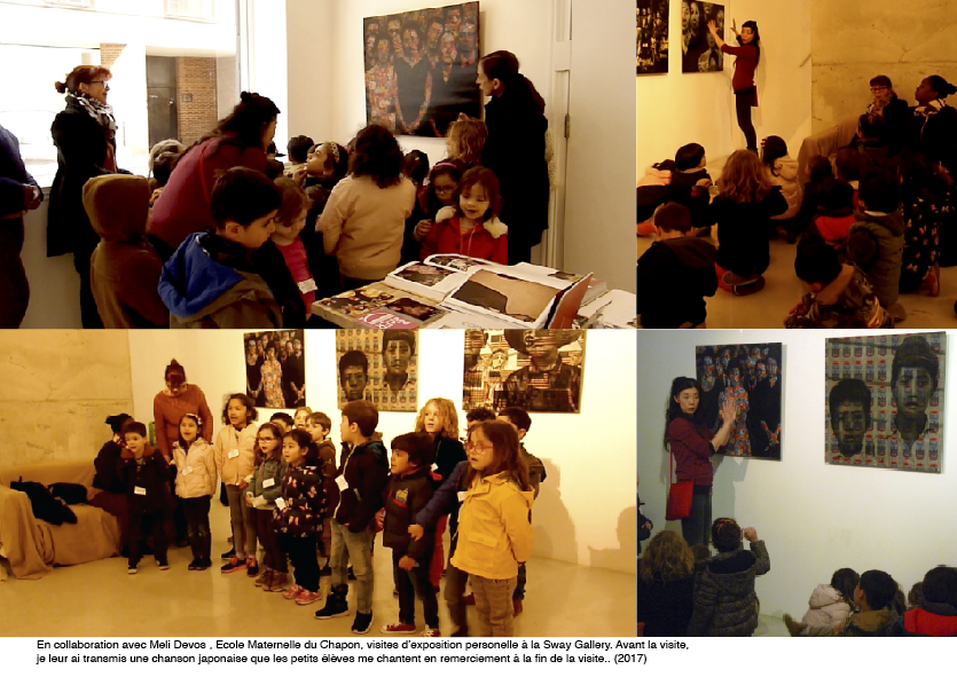