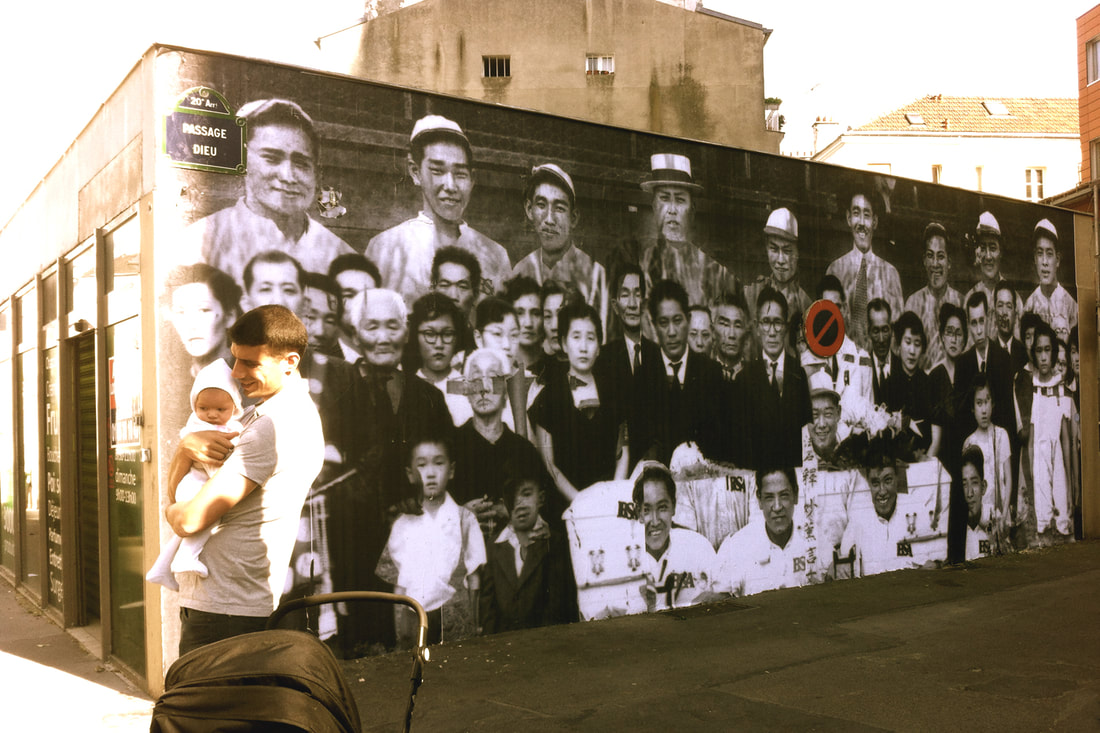 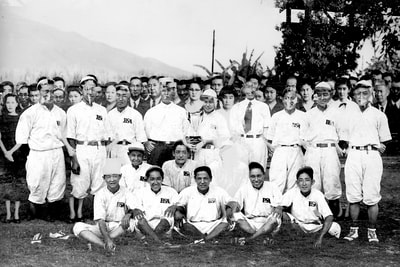 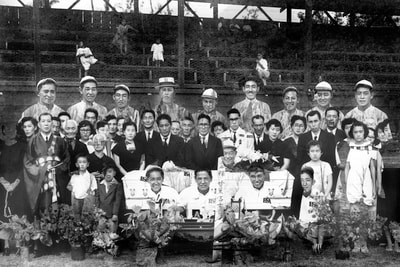 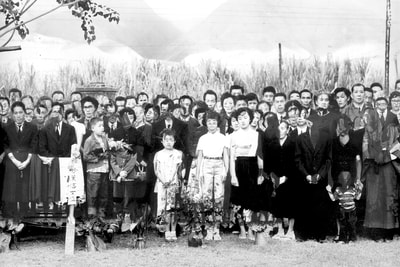 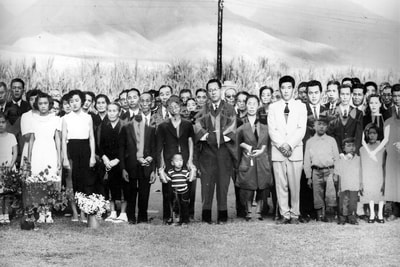 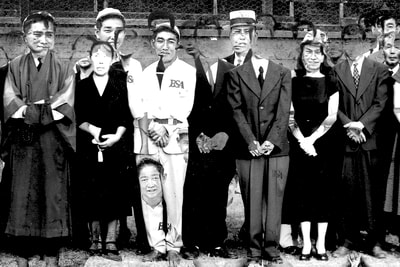 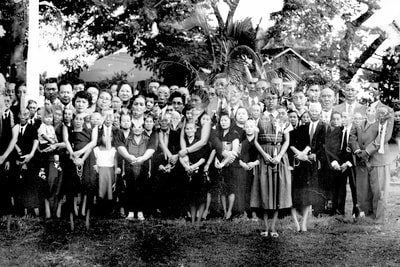 Post-script, Prints : series of 6 , 20 x30 cm, inkjet print, framed with Marie-louis. Presented in Netherlands at Reframe festival 2013
In 2013, Post-script, a small series of six images, was born as a part of the process of creating Odyssey.

When I am working on a new piece, I do a lot of experimentation, such as drawing, painting, coloring, cutting and making forms.
When I made Post- script, I was particularly interested in the archival group photographs from Odyssey. I wanted to see what would happen if I overlapped these group photographs, from different times and places.
I liked the idea as it also talked about successive generations of people. I was fascinated to see how they overlap, disappear, re-appear and are transformed.

This photograph became part of the Odyssey Installation

In 2014, with the collective Plateforme, for the exposition / parcours sonore UNE JOURNEE DE COINCIDENCES, I chose to install one of the photographs on the wall of Passage Dieu in Paris.